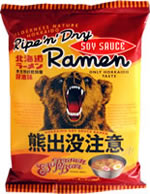 An economic critic who had bald-headed said that if President Hosni Mubarak resigned, Euro and US doller will be expensive as well as Japanese Yen will be cheaper.

US dollar increased it's worth for several days cause of Egypt's massive demonstration had occured. So, buying US dollar would be originated in time of emergency. Next week, President Hosni Mubarak has resigned now, I afraid that US daller will be sold and a strong yen will come back again.

I am praying that the Prophecy from an economic critic who had bald-headed will be come off.

Britain is embarking on a major programme of cuts, partly due to spending billions of pounds of taxpayer money to shore up the financial sector and take stakes in several ailing lenders.

as other sectors tighten their belts,

（参考）
（“But times are tough. Everybody's got to tighten their belt. Right?”）
「しかし、きついご時勢だ。自らのベルトを締めておくべきでは。違うかな？」

a government minister said on Monday.

Britain is embarking on a major programme of cuts,

"A key way of regaining public trust will be by reforming the system of remuneration,"